Benjamin Franklin, one of the Founding Fathers of the United States, famously stated: “in this world, nothing can be said to be certain, except death and taxes.” While we will all have to deal with death, we have the ability to look at taxes and employ a smartly executed plan to reduce the bite around that inevitable.

I find when people are looking for a place to retire, it is rare when they actually consider the ramifications of all the taxes we incur during daily life. For example, in Panama we have a 7% sales tax on everything except food, medicine and health services. Alcohol and tobacco actually carry a 10% tax rate. When I am at the Novey, collecting items such as detergent, bathroom cleanser and paper towels, I don’t think about adding 7% to the bottom line. I probably should pay more attention, but I find that I know the bottom line is going to be a little more and I just accept that as being a citizen.

Sales tax in Panama is comparable to the United States, but significantly lower than in Canada. For example, the sales tax rate in Ontario is 13%, Nova Scotia is 15% and British Columbia is 12%. California has a 7.5% rate and New Jersey a 7.0% rate which is in line with Panama. What Panama doesn’t have is the additional local sales tax, when added to the state tax base,  it can easily add up. For example, California sales tax rises to 8.62%, on average, when local taxes are included.

The good news is that the Panamanian government passed legislation that provided complete property tax relief on new construction. Over the years, some revisions have been made to the offering, but new residences in such properties as Punta Vela, Royal Palm, Casa Bonita and Coronado Golf, have years of tax free allowances. That means no property tax at all.

Instead of paying property taxes in the United States, on average $1.38 per $1,000 of property evaluation, you can arrange to not pay anything for property in Panama. The savings are even more profound in Canada where property tax will cost, on average, $3,940 in Toronto annually. Start multiplying and adding and quickly you’ll see the savings are considerable. 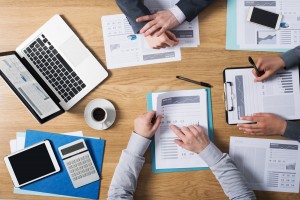 Panama has also been quick to attract retiring individuals as they have one of the worlds’ best Pensionado programs which means further savings on taxes. According to US News & World Reports, a US based business publication, “Furthering its reputation as one of the world’s top choices for foreign retirees and expats, Panama, through a series of presidential decrees beginning in May 2012, has made a significant addition to its already generous list of residency programs.”

The magazine goes further to list Panama as “one of the most tax friendly jurisdictions for foreign residents.” Other countries making the list were Malaysia, Belize and Uruguay.

US News & World Reports bases it’s statement, in part, on the fact, the Pensionado residency program provides for no taxes on an automobile purchased every two years and as a Pensionado, you can import up to $10,000 worth of household goods without taxation. So if you purchase a $25,000 vehicle in New Jersey, where the base sales tax rate is the same as Panama’s at 7.0%, you’ll save $1,750 in sales tax.

Inheritance Tax Has Been Abolished

Inheritance tax has been completely abolished in Panama and there is no taxation on foreign earned income. If you do work in Panama, your first $11,000 in earnings will not be taxed. Anything earned between $11,000 and $50,000, will be taxed at 15%. Earnings over $50,000 will carry a 25% tax burden. Depending on your tax bracket, you may realize savings on your earnings. And, there is more good news because, through agreements between Panama and the United States and Canada, individuals will not pay additional taxes on earnings secured in Panama.

Taxation is just one thing to be considered, but I have found when you start adding everything together, the ability to decrease your tax liability can be significant. I have witnessed too many people dive headlong into a retirement home, only to find that many things which are easy to overlook, spell trouble down the line.

These rules can be tricky and change often, so get professional tax advice before making any move, especially those rules mandated by the United States or the Canadian governments. Nonetheless, it’s worth note, that Forbes, another US based business publication just announced their “Twenty Best Foreign Retirement Havens For 2015” and of course, Panama made the list, noting not just the beautiful beaches, great weather and stable economy, but the benefits of residing in a country that has a territorial tax system.