“No One Wants To Buy In A Sinking Market!”

It took me a while to notice that more and more emails were coming in during the night. It’s nice waking up to new people interested in purchasing property in Panama. I’d find my coffee (or better yet, the mornings when my coffee finds me), read and respond.

Until recently, most of the people with whom I’ve worked have been from the United States or Canada. Now, I am seeing more and more inquiries from Europe, which is about six time zones ahead of Panama and the reason for me waking up to requests. At first it didn’t seem logical. Why would someone, whose money was in euros, want to purchase property in a dollar based economy such as Panama? 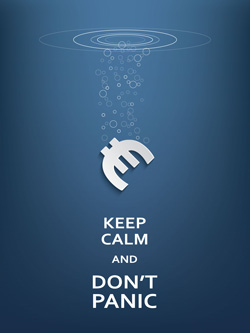 “I know all the Americans are rushing to buy in Europe because of the sinking euro” said a 53-year-old gentleman during a call he had set up to discuss condominiums in the new Punta Vela development in Coronado. “What I want to do is salvage as much of my retirement funds before they completely disappear and that means getting my money out of euros!”

A Steady Increase In Property Values

Many Europeans, like North Americans love Panama for its’ stability and steady increase in property values. It’s no secret that wise investors diversify their funds, so I listened intently when he told me about his plan for making it to retirement.

“Tell me” he began, “where would you place your money—in a 10-year US bond paying 2.13% or a 10-year German bond paying 0.235%? Now let’s take that further” he continued. “Bonds vs. property. Panama has had steady real estate growth since they overbuilt in 2007 and 2008 and return much more than a little over two percent. I’ll keep some money in bonds, but right now I am interested in real estate in a country that is not losing money every day. Don’t even get me started with Greece.”

Greece aside, I could clearly see why Panama was such an ideal location for his investment. According to an article in The New York Times, “prices have risen about 10 percent in Panama City in 2014 and about five percent in the country’s interior. The beach areas are growing steadily and there is currently a dip in the inventory.”

My European buyer is considering purchasing an entire floor of the Punta Vela complex which contains 33-floors in the prime Coronado area. His desired floor, like all the others, boasts wrap around decks and a stunning view over the Pacific Ocean.

Of course he’ll receive several discounts if he takes an entire floor and because the project is relatively new. The best part is that he’ll be able to get his euros into a dollar based economy before they fall another 25%.

He didn’t say if he wanted to rent his units or even if there would be units. He is questioning whether he wants to utilize the floor for his extended family or simply turn the whole thing into a profitable rental business while diversifying his portfolio and waiting until retirement. Fortunately, if he purchases before final construction, there will be options for him to build out with his exact specifications. The fact there are wonderful tax incentives for new properties in Panama is just one more winning aspect of the transition.

What About The United States?

I did ask him why he wasn’t interested in purchasing property in the United States.

“The yield is no longer attractive” he said simply. “I certainly like the US economy and strong government, but no one wants to buy in a sinking market and much of the prime real estate in the US has reached its’ peak. I see nothing but growth in Panama as opposed to trying to find an area in the States still showing growth in a location where my family and I would want to live. Here, I’m buying into an unbelievable location right on the ocean at a price point I absolutely couldn’t find in the States. The builder is beyond reputable—what more could you ask for? ”

I have found that the most successful people are ones who are willing to consider alternatives. When faced with the disappearance of half his retirement egg, fairly late in the game, he chose not to moan about the weakness of the euro, but to branch out and take a chance on something most people wouldn’t consider a possibility.

I’m beyond excited for him and the life he is creating for his family. I love this part of my job!

3 Replies to ““No One Wants To Buy In A Sinking Market!””

Well, another consideration is the résident Visa which is more or less also linked to the money. I am from Belgium and for many years my wife and I had to project to retire to Australia. But if you are now looking the conditions to get a ‘retirement visa’ in Australia, the initial cost but also the yearly recuring cost are so high that even with a good initial capital and a good retirement wadge it is very difficult. And on top of that the retirement Visa is not a permanent one (to be re-evaluated every 4 years).
So we started to look for some other options, as we do not really want to stay in Europe, and looking to Far East, South America, … Panama is emerging and seems to be a quite good option … Knowing that nothing is never perfect …

Hi Alain, thanks for your comments, and yes, the relative ease to obtain a permanent residency Visa in Panama for retirement or under the ‘Friendly Nations’ programme is a big advantage to moving here for people looking to relocate. Shoot me an email at Liz@empresasbern.com if you are coming to visit Panama!

Good comment, not only is the dollarization of the economy an advantage when compared with others regions but also the fiscal, the geographical, the weather, the society and the economy.
The fact that the euro has fallen has to do with the prospect of increasing US interest rates. The euro is not the only one that has fallen but also the peso in Colombia, the real AND MANY OTHERS. The fact it is that we lived the last 15 years with a very low dollar due to low interest rates and QE programs (quantitative easing).