Those of us who live in Panama, or who visit often, have the unique pleasure of savoring a country of contrasts – one that allows us to be at the beach in the morning, the rainforest in the afternoon, and in a bustling city for the evening. However, living abroad as a foreign national, can have its drawbacks, especially with laws that apply to track expats’ finances and taxes.

If you are an American living in a foreign country, then chances are that you’re aware of the Foreign Account Tax Compliance Act (FATCA) which was passed in 2010. This law was aimed at addressing off-shore tax evasion, and requires foreign financial institutions to report on United States taxpayers’ bank accounts. Those U.S. citizens who do not comply face expensive withholding penalties on transactions that pass through the country.

Reporting under the law began just in July 2014, and more than 100 countries engage in reporting. However, several candidates for 2016 presidential candidacy have suggested repealing the law – which would be good news for more than 7.6 million expats who are often cited as finding the law abhorrent.

Back in 2013, legislation was first introduced to repeal FATCA, however it failed to make progress in a legislative body dominated by the side favoring the law.

The Impact of FATCA on Expats 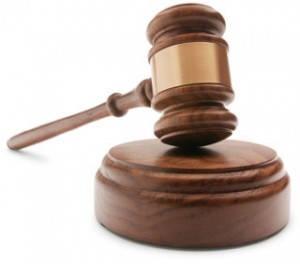 I contacted several FATCA experts to help explain how the Act is impacting expats.

Solomon Yue, the Vice Chairman and CEO of Republicans Overseas, believes the impact has been widespread. Not only has FATCA affected expats emotionally and financially, but FATCA has treated expats as “tax cheats” and has “unfairly” discriminated against them.

“Unconstitutionally they have been treated as tax cheats who need to prove to the IRS their innocence,” said Mr Yue. “Their privacy rights and constitutional protections such as probable cause, no warrant-less search, presumption of innocence, due process, and no cruel and unusual punishment are violated. Foreign Financial Institutions are providing their bank account information to the IRS under FATCA without search warrants.”

California State Bar Certified Tax Specialist, and Senior Trial Attorney for the Internal Revenue Service’s Office of Chief Counsel Dennis Brager, believes that FATCA has made American citizens living abroad “aware of their tax and financial reporting obligations with respect to their non-U.S. investments.” However, Brager did express one concern.

“For expatriates the problem is a little different since some foreign financial institutions are refusing to open accounts for U.S. citizens because of concerns about complying with FATCA,” Mr Brager explained. “In addition, both they and their U.S. based counterparts are facing increased compliance costs (i.e. accountants are charging more to do tax returns for individuals with foreign source income).”

Why a Repeal of FATCA?

Though FATCA only became effective last July, efforts were made to begin repealing the law immediately after it was passed. According to Mr Brager, “conservative Republicans see FATCA as an intrusion by government into the personal affairs of citizens.”

“Some also see it as part of the political opposition to programs offered by President Obama,” he added. “Finally foreign financial institutions themselves are opposed to it because of the compliance costs.”

Mr Yue said that the law’s repeal is being considered “To defend 7.6 million overseas Americans’ privacy rights and constitutional protections…”

Republicans Overseas has a three-pronged strategy in order to accomplish the goal of protecting expats. The strategy includes filing a FATCA lawsuit; working to elect a Republican president; and introducing and passing repeal legislation.

Rob Wood, a tax lawyer at Wood LLP, based in San Francisco, believes that a repeal of FATCA is being considered due to FATCA’s “overreaching and hurting America’s image.”

“Others may be thinking about the impact on Americans abroad,” he stated.

The Benefit of a Repeal 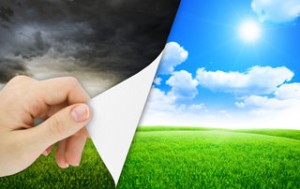 Obviously many believe that repealing FATCA will benefit those living abroad – for a variety of reasons. For example, Mr Wood believes that Americans abroad will be benefitted as banking will be easier for them once again.

“Many say that they are finding it harder — some say it is impossible — to do their local banking, to obtain loans, to run businesses, etc. Some banks simply do not want to deal with Americans, no matter how much the American says they are fully disclosing their accounts to the IRS,” said Mr Wood said.

He believes the repeal of FATCA will reverse these negative effects of the law and makes thinks easier on those U.S. nationals living and working abroad.

Mr Yue believes that the benefits are three-fold, including the return of privacy rights; the disappearance of discrimination; and the ability to catch those who are really evading their tax obligations.

“Overseas Americans will have their privacy rights and constitutional protections restored,” Yue said. “It means foreign financial institutions can’t be forced to do wholesale reporting on how much money they have in their accounts and each every transaction to the IRS.”

Yue also feels that the IRS will have to build individual cases against those who are evading taxes by obtaining search warrants rather than relying on invading an expat’s privacy rights and a country’s obligation to report to obtain financial information about that expat.

FATCA has caused some ripples when it comes to expats and their ability to make a living off-shore. The prospect of having to pay local taxes on income earned as well as being subject to FATCA is daunting.

I acknowledge that the law was passed with good intentions, though it does seem to have had a negative impact on those U.S. citizens who choose to live and work in a foreign country. My colleagues and I will continue to watch with interest how those parties, lawyers, and taxation experts, argue their cases for the fairest outcome for all U.S. citizens.

As you know, my interests lie in all things about the wonderful Panama lifestyle, and providing helpful (I hope!) information for expats living, or planning to live in this beautiful country.

Note: If you’d like to find out more about the proposed repeal of FATCA and the arguments for an against, visiting some of the links above would be a good place to start.

I am starting to see why other countries hate the US. What a bunch of bullshit.
I have worked all my life in mining. I have made millions of dollars for my employers
and paid thousands of dollars in taxes. Now I am totally disabled with chronic pain.
I had plans to move someplace warm and cheap but now with the banking issues it
sounds like a nightmare.
This country will have another revolution and it will be then end of the US as we know it.
All over the country people are stockpiling weapons and ammo as we become more
and more polarized.
I am too old to be a part of it and I don’t want to be here when the crap hits the fan.
There are almost 400 million known guns in the US, more guns then people.
American citizens have severe mental health issues and most of the folks that own lots of guns are lunatics, I know some and they are very scary.
I say get out if you can.

what does really expect from the us empire? endless war mongering, manifest destiny (imperialism), extortion rackets, militarization, hyper capitalism lust, and one-sided BS “agreements” shaking down their tax cows/subjects/base (idiot populace) for every dime that is NOT theirs via Citizen -based taxation along with ERtrea and North Korea