Are Expats in Panama Being Targeted?

As a foreigner living abroad, it’s virtually impossible to escape to the potential of being targeted, or at least standing out. As a light-skinned, light-haired Australian woman who refuses to ditch her heels regardless of being taller than most, I’m no stranger to the phenomenon. While being the “Black Sheep” doesn’t have to a be a problem, it’s vital to live somewhere where the side effects are kept to an absolute minimum, and border more on the edge of inconvenience than harm.

Panama features a thriving expat community, filled with everyone from retirees and executives to young adventurers. While us Black Sheep in Panama have a herd all our own, we are still very much targeted- in ways that are both good and bad.

Here, an exploration of how expats are commonly targeted in Panama- and whether it’s something you need to be worried about.

The Panama Pensionado Visa was created to target expats, specifically retirees, into coming to Panama. The program awards benefits and discounts to retirees on just about everything, and has been a major catalyst in the abundance of retirees in Panama today.

The government crafted this program less out of altruism and more out of brilliant strategy. They knew retirees in Panama would invest in real estate- pricier real estate than what could be afforded by the typical Panamanian. Retirees, they knew, would also buy cars, go shopping, and bring other foreigners with them- whether to visit or to stay.

By all standards, the program has worked famously. Retirement in Panama is here to stay, contributing to the country’s rapidly growing economy- and loving every minute of it. 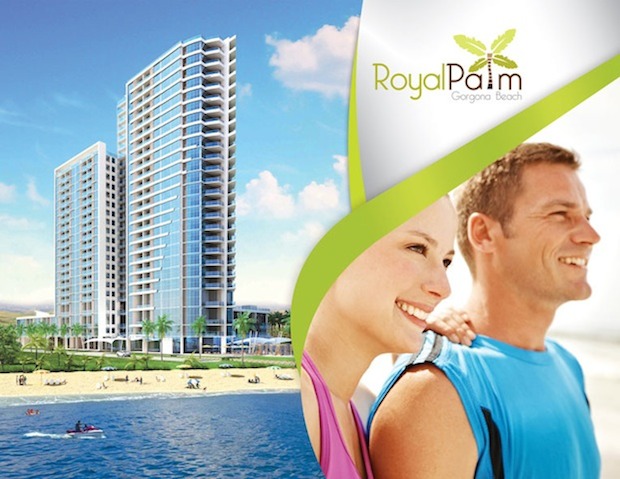 Panama has experienced a real estate boom in recent years, with luxury hi rises and residential complexes popping up all around the isthmus. Many of these were built for expats, or at least with expats in mind as a major target demographic.

The plain truth is that North Americans and Europeans are simply used to, and demand, a higher quality of residences than what Panama had once offered. Many new luxury developments pride themselves on offering English-speaking agents, personnel, advertising, and high standards of construction and design quality.

The term “… by North American standards” is a phrase often touted by developers and agents, knowing that their demographic expect nothing less.

Modern visa laws were crafted to target expats of certain countries, making it easier for them to move to Panama. In addition to the aforementioned Pensionado Visa is the Friendly Nations Visa, through which citizens of 47 countries deemed “friendly” to Panama are granted fast track access to permanent residency.

Panama’s motive for this visa is similar to that of the Pensionado- they knew that simplifying the immigration process would encourage foreigners to come, buy property, contribute to consumerist behaviors, and ultimately boost the economy. And we have.

As a foreigner, you are almost certain to have more money than the typical Panamanian- and they are well aware. While Panama is considered one of the safest places in Latin America to live and travel, that doesn’t mean the risk is nonexistent.

What it really comes down to, as it so often does, is location. While I wouldn’t like to be an expat walking around one of Panama’s ghettos, I have never felt in danger in the places I frequent.

If you live in one of the safest places in Panama, which consist primarily of other expats and well-to-do Panamanians, you are safe. Coronado and the Gold Coast, for example, offer stringent security gates and frequently patrolling officers. Likewise, any place in Panama City considered a tourist or expat location is filled with security forces that would make any criminalistics strike unlikely.

When crime does occasionally occur in these places- it is almost never violent, consisting mainly of pickpocketing and things of that nature. Some burglaries have occurred in the past, which is where the majority of the bad press originates from. But frankly, while I haven’t looked up the stats, I feel safer in Panama as an expat. This is because crime against tourist and expats alike is taken very seriously by the Panamanian government and police.

Bottom-line, as long as you don’t walk into a ghetto–which are near impossible to miss- or, strut around flashing hundred dollar bills like a wanna-be gangster from a rap video- you’re fine.  As a tourist or expat in Panama, it’s just as safe if not safer than an average city in other -more developed- parts of the world.

The most common type of racism experienced by expats in Panama is a phenomenon called “Gringo Pricing.” This is when a Panamanian will raise the price of something because they figure you don’t know any better, or are just too rich to care.

The difference is usually meager, such as being charged $4 for a taxi ride rather than $3. While some will complain often (and loudly) about it, I generally don’t mind. We have to remember that most of the population lives on a salary that we would find atrocious. If someone tries to outrageously overcharge me I will argue, though for an extra $1-2 I don’t bother, knowing it helps them more than it hurts me.

Importantly, once you are aware of general pricing and speak enough Spanish to politely refuse, 9 out of 10 times the other person will concede, whether amused or begrudgingly.

Now that Panama has gained international recognition as one of the best places in the world to live and retire abroad, many are quick to exploit it. It’s all too often that I see misleading or downright untrustworthy information doled out to foreigners to lure them into making a purchase.

While Panama is an incredible countries filled with opportunities for living and investing, it is also imperfect in many areas which are too often skimmed over. Often, a client will come to me wearing rose colored lenses that I in turn have to replace with realistic ones- explaining all the true pros AND cons of living in Panama.

If you’re reading something, or working with someone, that places Panama on an infallible pedestal, do yourself a favor and back away. Or at least take it with a grain of salt.

Do you ever feel targeted as an expat in Panama? Do you have any tips for avoiding it? Please, share by commenting below!