The Ripple Effect: Why Development in Gorgona is Good News for Everyone

If you were to take a stroll through the streets of Nueva Gorgona, you would be more charmed than impressed.

It’s a classic tropical community- the type that features simple homes, men in straw hats carting wheelbarrows of coconuts, kids bicycling between houses in that American 1950’s-esque fashion, and scruffy yet friendly dogs roaming the streets, belonging to everyone and no one at the same time.

The neighborhood is modest; neither suffering from poverty nor flooded with discretionary income. For better or worse, the average lifestyle hasn’t changed much over the last few generations.

I predict differently for the next few.

A Coming of Age 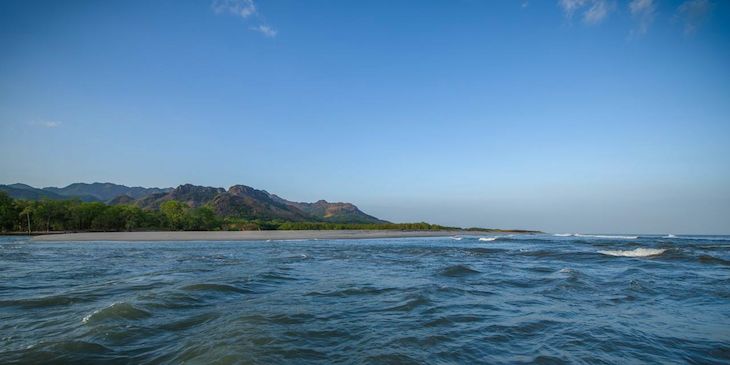 Quietly yet calculatedly, Nueva Gorgona is transforming from a sleepy beach town into Panama’s next coastal destination. Major developers are on their way in, with residential projects that will have a positive ripple-like effect on the community.

Take, for example, Royal Palm- the newest addition to Empresas Bern’s family of beachfront developments. Empresas Bern is celebrated for its commitment to social responsibility; the company even has several nonprofits dedicated to areas like education and environment.

I’ve seen first-hand the impact developers like Empresas Bern can have on a community. I remember when Coronado was an anonymous beach town- much like Gorgona is today.  Then came Coronado Golf and Coronado Bay. Units sold quickly, thanks to Bern’s rock-solid reputation as a developer (their track record boasts of over 125 successful projects.) A wave of residents moved in, followed by shopping centers and restaurants, and before you knew it- Coronado was the place to be.

You see where I’m going with this. Having watched Coronado grow into the premier destination it is today, I see the same pattern kicking off in Gorgona.

We all know that a building alone isn’t enough to transform a community. For an area to improve, it’s not enough to bring in new residents. There must be a strategic effort to minimize the wealth gap that exists between rich and poor. Though such an undertaking is undeniably complex, one important aspect is the expansion of equal opportunities.

To date, Gorgona is void of modern stores and restaurants- a byproduct of a humble neighborhood. This forces Gorgona residents to either take on agricultural or construction positions (both laborious by nature) or to travel to Coronado for work- an easy 10 minute drive but a formidable walk for those without a car.

As you can imagine, this limits how many residents are able to join the workforce, which in turn limits their purchasing power and the local economy. Specifically, many women have found difficulty in securing employment, due either to the laborious nature of the work or a commute time that renders them less able to tend to their children.

Besides providing job opportunities on its own turf, grand-scale developments like Royal Palm will prompt commercial growth in the neighborhood. The flood of new residents will encourage new businesses, more employment, and more entrepreneurial opportunities.

Already, a modern shopping plaza is under construction in Gorgona, recruiting local hires to prepare for the incoming residents. I’m keen to see how many other places pop up over the next few years.

With its magnificent mixture of mountain and ocean views, Gorgona is uncommonly beautiful. Sadly, an undeniable trash problem plagues the streets. Most locals lack either the education to not litter, or the infrastructure needed to dispose of trash properly.

While I can’t say the same for other developers, I know that Empresas Bern takes environmental conservation very seriously. They’ve even won awards for it. The company is known for funding clean-up initiatives and waste management solutions for the areas surrounding their developments.

Gorgona is considered one of Panama’s safer beach communities for those who live in condominiums.

Naturally, such buildings offer their own 24-hour private security service- a big benefit for those who use their Gorgona condos as secondary or vacation homes. Beyond that, they also signal to the government that high-income clientele are investing in the area.

The government allocates more funding towards areas that attract investment- particularly foreign investment. Consider Casco Viejo or Coronado, both of which experienced heightened security upon their popularity surge. As people continue to invest in places like Royal Palm, the government is more likely to invest in the surrounding area.

While urbanization, or in this case “suburbanization,” of an area can often have a negative impact on its original inhabitants, I don’t believe this will be the case for Gorgona.

On the contrary, I’m excited to see high-profile developments such as Royal Palm act as a positive force, helping to transform Gorgona into the next top destination on Panama’s Gold Coast.

One Reply to “The Ripple Effect: Why Development in Gorgona is Good News for Everyone”

Gorgona area is good isn’t it? It would even be better if Marco shrem from MSG would get the hell out of the area. He’s scammed so many people already so be careful who the developer is.