Are You Sure That Ride’s Right For Panama?

I knew they had imported furniture from the States in a forty foot cargo container, but I wasn’t sure about the vehicle. When I saw them drive up in a bright yellow Nissan truck, I momentarily assumed they must’ve purchased it in Panama. Then it hit me, no one here would buy a yellow truck except someone with a license to drive a taxi.

“We call her Tonka” said the woman with a smile. “We think she’ll be perfect—four wheel drive and you sit up high.” I almost couldn’t speak but what could I say to someone who was so happy? A bubble above my head started forming and screamed “maybe you should have spoken to me first!”

Most people who move to Panama assume the vehicle they have at home will do well in Panama and I always tell them, maybe not.

Driving in Panama is different and what type of vehicle is best here is based on a different set of data points. 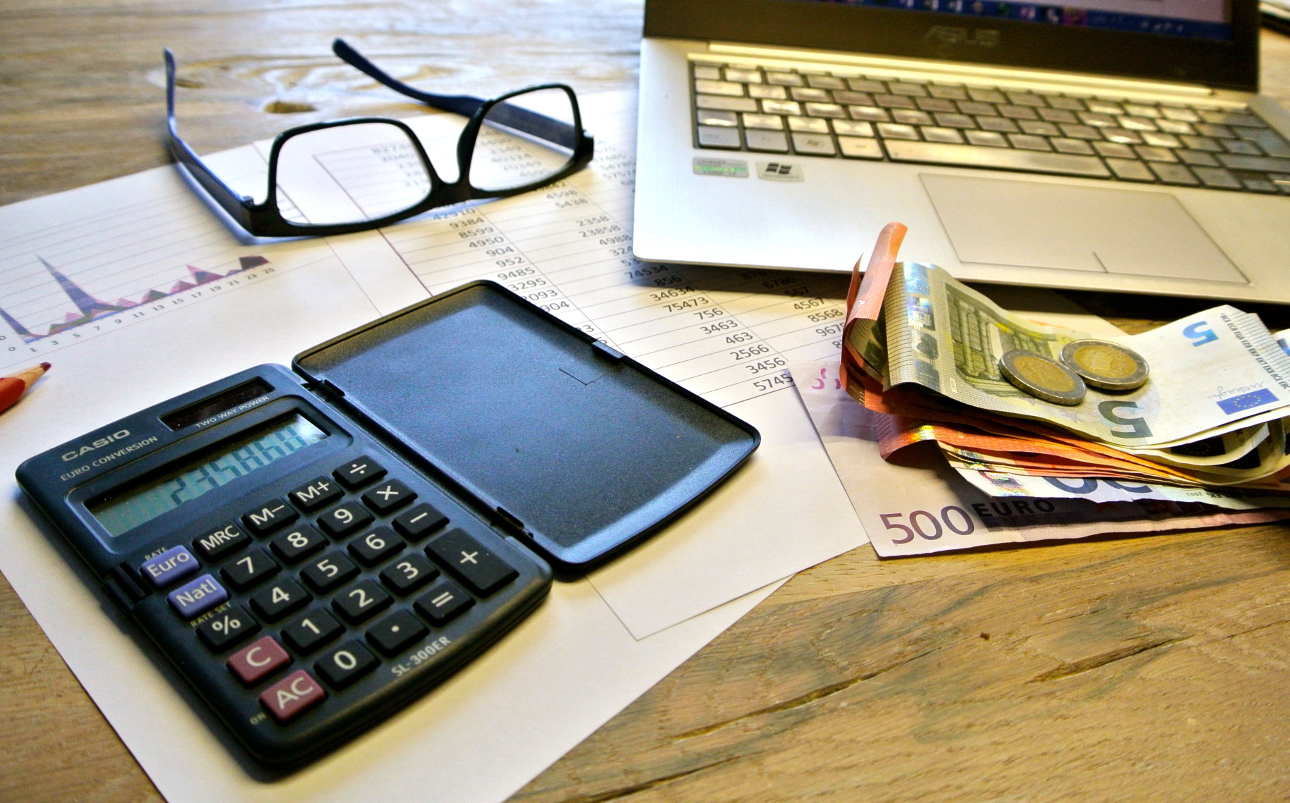 Add up the costs – it may not make sense to import a car from home.

For the clients who do ask, I begin by cautioning them to consider shipping costs. The good news is that if you have done the work to acquire Pensionado status, you have the right to bring in a vehicle, tax free, every two years. But, just because you are not taxed doesn’t make shipping the vehicle a good idea. If your used car is worth $20,000 and it costs you $2,000 to ship, you may want to consider buying locally as opposed to paying 10% of the car’s value just to get it here. If you haven’t gotten Pensionado status, then you’ll have import taxes and duties at the dock and that will add up to a whole lot more.

Selling the existing vehicle at home and buying something once you are in Panama is generally the best option, but not always. There are a lot of things to weigh.

Too Big For Panama

American and Canadian automobiles, sports utility vehicles and trucks tend to be bigger and it’s often times hard to accommodate them in Panama. Parking spaces are smaller and closer to each other. I have seen American trucks that couldn’t back out of a parking space because the width between the rows was simply too tight.

In Panama, we don’t have the luxury of wide center lanes and forgiving road shoulders. Smaller vehicles tend to perform better unless you are going to be driving off road. If you are living on a dirt road or you do a lot of off-roading you might want to consider one of the popular vehicles in Panama with four wheel drive.

The United States dominates the automobile market and consequently many of the vehicles and parts are designed for consumption in the States. If you bring a vehicle designed to be driven in the United States or Canada, you very well may not be able to secure parts when repair is needed and repair will be needed. People generally find parts on eBay or they get them from the manufacturer, but by the time all that has happened and you have incurred the cost and time of bringing in the parts, you’ll be asking yourself why you imported the vehicle. 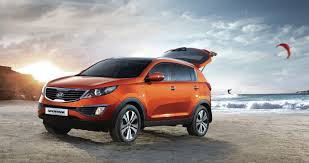 Mid-size SUV’s are popular in Panama

The majority of vehicles in Panama are Toyotas, Hyundais and Kias and that is what mechanics are commonly trained to repair. Drive anything else and you may not just be hunting for parts but also for someone to do something with the parts.

Cars sold in the United States have been required to have catalytic converters since 1975 but that is not the case in Panama. I know we should be more concerned about toxic emissions, but as a country, we don’t have any environmental requirements so there aren’t very many catalytic converters or people who can repair them.

It doesn’t matter what you drive, you are going to get dinged. Rocks in the roads, trucks carrying loose loads and infrastructure that would not be up to code in the United States or Canada will result in nicks. If you love your car, baby it and keep it pristine, Panama might not be the place.

When you are dinged, or bumped, we don’t consider it the way you might somewhere else. I paid my car insurance the other day and it rang in at $126—for the year. We don’t make as many claims as you might in another country, but we also don’t pay thousands of dollars annually in insurance. I urge people to consider a nice, but less-than-perfect ride and then chill. 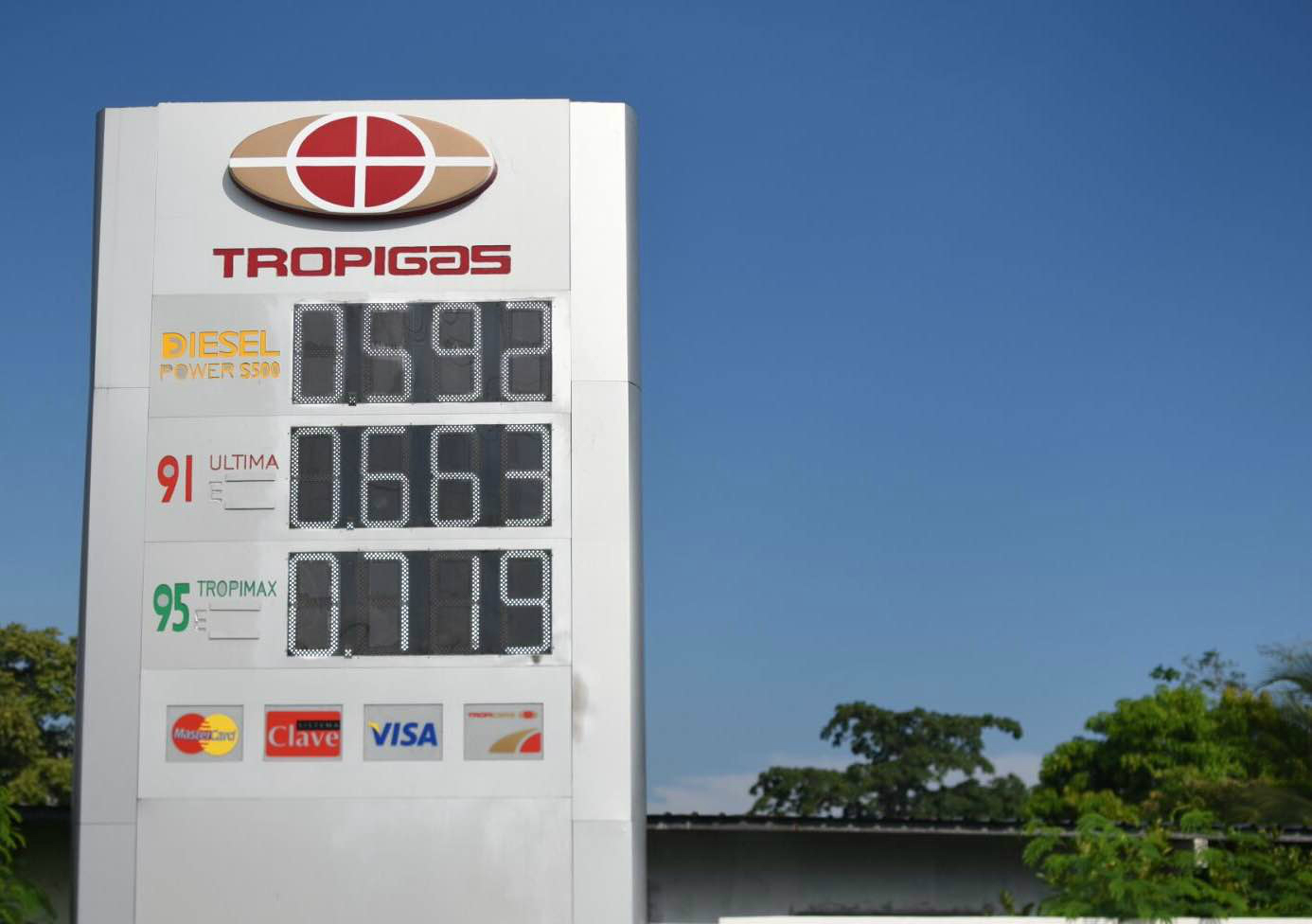 Buying gas in Panama doesn’t have to break the bank!

We pay about 80 cents for a liter of gasoline, which comes out at $3.20 a gallon or about a dollar more a gallon that what you can purchase it for in the US.

While a dollar a gallon adds up, it’s not just the cost of the gasoline, but also how much gasoline your vehicle consumes.

Panamanian vehicles consume much less than so many of the gas guzzlers designed for the American highways.

You can probably get a much better price for your vehicle in the United States. In Panama, the value on a clean, perfect car is not what it is in Canada or the States. Remember our cars are dinged and we don’t have the stomach to search for parts or a mechanic and pumping a lot of gasoline is not attractive.

I noticed the other day the owners of the yellow Nissan truck were driving a Toyota Hilux and I asked them about the new ride. “We sold Tonka,” they said, “and for a pretty good price. We just got tired of people waving us down on the street because they thought we were a taxi. We drove to Bocas del Toro and ripped out the shocks. It took four trips to Panama City before we got everything taken care of so when a guy who owned a couple of taxis offered a reasonable price we took them up on it.”

The color yellow may have saved my friends, but I still wish they had asked me before shipping in a vehicle. I pretty much always suggest just buying one here!

15 Replies to “Are You Sure That Ride’s Right For Panama?”

Hello Liz
Hope you’re having a great Holiday.
We’ll be retired in 2018 and ready to take another look at moving.
Where’s the best place to find listings in the Golf building or the older one? (If there are any)also would like pricing on the Palm as well. Thanks in advance
Larry and Diane

Hi Larry and Dianne! Happy New Year and thank you for your message! I’ll send you an email with some more information on the buildings at Coronado Golf, Coronado Bay and Royal Palm. Cheers, Liz

We shipped and bought here. Buying here seems the best and your article is both well written and accurately researched.

I’m glad you enjoyed it Mike! Different people have different experiences bringing their own cars in, for some people it’s smooth sailing, for others it’s a bit more of a process…

First, if you bring a vehicle into Panama with the Pensionado allowance, when you sell that vehicle you will have to pay the import taxes and duties before it is sold in order for the new owner to get full ownership paperwork. A friend did that whole process together with inspections and he really regrets the decision. It is typically a lot of work and grief. Sure, someone will say it wasn’t a big deal to get their vehicle registered and legitimate, but for every one of those there are twenty that regret the decision.

Second, by law in Panama now, only taxis can be painted yellow. So be prepared to sell your car to a taxi driver or get it repainted another color.

Hi Gary, really appreciate your comments! As you say, some people may have a smooth process, but there can be challenges that may end up making it not worth the time and effort.

Good article, I brought my Chevrolet Blazer from Canada, the fitting to engrease the car is different than the Blazer in Panamá.

Thanks Otto, glad you enjoyed it!

Great post Liz! Question: we’re going to be driving an RV and trailering my 2008 Honda Fit. We probably won’t be in Panama for at least 4 years from now. Assuming the car lasts that long, would I be better off getting another car before we get to Panama? It doesn’t sound like it would be easy to get a Honda repaired in Panama. Many thanks for your help.

Thanks Pam, I’m glad you enjoyed it! There are a lot of Honda’s in Panama, so I don’t think you would have any more difficulty with repairs than any other popular brand of car.

Liz,
This is one of the best articles I have read. You actually provide valuable clear data that informs and provides facts for logical decision making. Thanks.

Can’t wait to be educated.

Thanks for the positive feedback, Kathy, I appreciate it! As far as shipping household goods, there are lots of variables about whether it makes sense or not to ship or to buy. Sentimental or personal items like statues and artwork may be worth the shipping costs, but the cost to ship some everyday items like TV’s might end up being more than just buying the items here.

Liz,
Is it possible to buy a car and license it before you get a resident visa? I’m pretty sure that you can’t get a Panama drivers license before the visa. And does a motorcycle license transfer, or are there other requirements, like a written or driving test, if you already are licensed for a motorcycle in the US? Thanks Bob

Hi Bob, I believe that you can buy and register a car without a residents visa, I know a number of people who have purchased cars but don’t have permanent residency. I can’t speak specifically about the motorcycle licence transfer – a Motorcycle licence is a ‘B’ licence, but my research indicates that the process is the same as applying for a regular car licence (‘C’). Many people exchange their home country vehicle drivers licence for a Panamanian drivers licence without having to do a driving test. At the licensing office, you will need to do a simple hearing and vision test, plus provide results of a blood test to ID your blood type on the licence, and provide the necessary documents. You do need a residency card to transfer your licence – and be aware that technically as soon as you receive even temporary residency you are no longer legally able to drive on a tourist visa!