Once You’ve Said No More, Then What?

“It was a Friday afternoon,” began the woman from Cleveland as she started to explain why she and her husband, both in their early sixties, had decided to move to Coronado, Panama. “I wasn’t normally home on Friday because I traveled—a lot—for my job. Most times, if I got home before seven and in time for a quick restaurant meal before falling into bed, I was lucky,” she continued.

“First, I noticed the lawn maintenance workers swarm onto my property where they cut and trimmed everything in about 15 minutes. They were good and I felt good when they left and the back yard was well manicured. I knew I wrote a check each month for about $250 and that was just for the mowing. The mulching and regular landscape trimming was much more.” The woman smiled as she continued her explanation.

“Then the pest control folks came and sprayed the yard,” she continued. “When they handed me the bill, they mentioned the ground hogs are ‘ripping up your yard.’” She laughed as she recalled the incident. “Another $200 and they could rid me of the ground hog problem. I went for it.

“I Couldn’t Do Without The New York Times”

“The cleaning lady had already been to the house and she had neatly stacked up the unread New York Times on the kitchen counter.” I remember thinking how nice the woman’s haircut was as I watched her hands move slightly while she explained how she had ended up sitting in front of me discussing condominiums in Panama.

I knew where this was going because I’d heard it many times before. Different versions. Same storyline. People realize they are working fifty, sixty, seventy hour weeks to maintain a lifestyle they were not living and certainly not enjoying.

I have seen many people just walk away, but many, many others who simply cannot. I have no idea what is right for each individual, but let me offer some things to consider when you start to reconsider your current life.

But What About Your Job?

For the sake of this blog, I am going to assume that someone considering a move to a foreign country has already weighed the ramifications that such a move would have on their occupation. A few years ago, I was swamped with people in their late fifties or early sixties who had been downsized or simply had their job terminated through no fault of their own. Whether or not it was the result of a merger or the economy, people found themselves to be virtually unemployable or unwilling to start over at a job that did not really interest them.

Everyone comes with different financial considerations. Some have plenty on which to retire, others will need to be very careful. It’s all part of the puzzle, but generally there are positive options for everyone.

Should You Sell Everything?

Writer and designer Graham Hill makes the case for taking up less space, and lays out three rules for editing your life. He’s talking about living in a small space too, but in Panama you can have a luxury spacious condo right next to the ocean (if you want).

More than one couple has presented after selling absolutely everything and deciding they want as few responsibilities as possible. Selling everything and living with only the basics is drastic and not something I suggest routinely. First, when you sell your home, you have nothing to go back to. It upends your mooring, but many people feel this was the key to them being successful at starting a more streamlined life.

“I know if we had left the option open, we would have eventually come back home and started building everything back up,” one woman from Texas explained to me. “Things get tough when you first move. You get tired of the red tape and not speaking the language and you think about going back. I am so happy we didn’t leave that option open,” she continued.

Logistically it’s not easy to sell everything. While putting the main house on the market is fairly simple, what do you do with all the other “stuff”? There are estate sale companies who will come in, catalogue your possessions, sell them and take a fairly hefty cut. It’s clean, less work and efficient. It might also take your breath away.

You can also sell all your possessions yourself, but it normally ends up that after the first big pieces are gone, you are left with a lot of things you either give away or eventually toss. I have heard that this process is painful, in that things you have loved and cared for mean a little more than a few dollars to everyone else. This method always brings to me a vision of pulling a band-aide off slowly.

“We thought the kids would want some of this stuff,” said a gentleman who had pushed the idea of selling everything. “They didn’t want a thing. Well, one kid took a rug,” he laughed.

Regardless of how you end up divesting yourself of your possessions, if you do that, you should walk away with some added cash to bankroll your new life. That cash, and the fact you no longer have a drain on your checkbook keeping all those “things” going, usually provides a real sense of freedom. 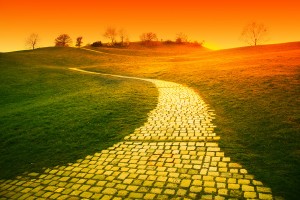 “We were free” said the woman from Cleveland. “Free from all the personal services we had been writing checks for. Free to decide what we really wanted to do and not doing what was expected.”

If you aren’t ready to sell everything and feel the air of freedom in your hair, you might want to consider renting your home while you find your appropriate next step. Unless you feel comfortable about maintaining things from afar, there are management companies who will keep the wheels on the bus while you are living abroad. Of course they will charge, on average about 10% of the rent, but it does make things much more professional.

Remember that if you have rented your home, you still will not have a place to stay when you are back visiting family and friends. The added income should either cover the mortgage or give you an income stream if you are mortgage free. Renting the house fully furnished will help maintain your possessions, but people will be using those things and probably not caring for them the way you might.

What About A Reverse Mortgage? 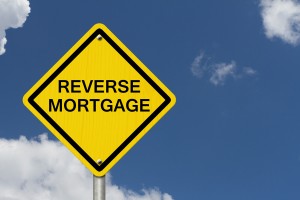 A reverse mortgage is also an option if you don’t want to consider renting or outright selling. If couples are over 62 they can set up a reverse mortgage which will fund part of their foreign living while maintaining ownership of their home. The catch to a reverse mortgage is that you have to live in the home carrying the mortgage, at least 50% of the time. So you’ll need to be mindful of your limitations, but it could be good if you just wanted to “try” living in another country.

When I work with couples, I find that those who have sold their homes and their furnishings, tend to acclimate better to foreign living. They go home, on average, about once a year, and they tend to become much more involved in their new community. They have made a fresh start and often there is no going back.

People who have a home to go back to, tend to “visit” a lot more than their counterparts who have sold everything. I have found they will stay in their new home, on average, just about six months of the year. Having not cut ties, they also seem to always be thinking about whether or not the move to a foreign country was a good thing. Second guessing is never a good thing to really moving on!

“I don’t think we ever really settled in because somewhere in our minds we always had the option of going back, or going somewhere else,” explained a man who purchased a three-bedroom condominium in Coronado, just to put it on the market three years later. “I will never say this was a bad thing,” he continued, “but I often wonder if we’d really moved, where we would now be emotionally.”

Life is One Big Adventure

Making a sweeping change is never easy and I encourage all the research possible. Talk to people who have walked the path before you and weigh your options. Only you know what will eventually work, but “just going for it” is always a worthwhile adventure.

4 Replies to “Once You’ve Said No More, Then What?”

Your clean straightforward language and candor makes reading you an enlightening joy.
How may one support you in this world of fairness? My 62 year-old wife has Parkinsons Disease. Medical is a critical element, but we are not big city or beachfront condo folks….anywhere.
Is David or Boquete a reasonable consideration? I know little hard facts of each. Respectfully:

Hi Ronald, and thank you for your lovely words, I’m glad you are enjoying them! I’m sorry to hear of your wife’s illness. There are a number of hospitals in David, including the Hospital Chiriqui which I believe offers a medical insurance plan and has neurologists on staff or practicing from the hospital. I’ve also read that they have an MRI machine there. Boquete is a beautiful part of Panama, and is an easy 45 minute drive from David so there are lots of amenities available which make it popular with expats like yourself who prefer the mountains to the city or the beach. I actually wrote an article comparing the three which you might find interesting if you haven’t read it already! https://www.lizlarroquette.com/city-vs-beach-vs-mountains/. Kind regards, Liz

Thanks Rico! Panama vs. Belize post is in the works. Like the Panama vs. Costa Rica one I published a few weeks ago. Be well.