Guess Who? Every day is Different!

My job puts me in contact with some incredibly interesting people!

I find that individuals who are looking to live—even part time—in another country are individuals with incredibly interesting back stories.

I recently helped a client who works as an opera singer house-hunt in Panama. “I’ve been given incredible opportunities,” she began as we sat down to lunch after a long morning of looking at properties. “Europe, North America, Asia. I can’t imagine what I did to deserve this life,” she laughed.

Researching On The Internet

Of course, as soon as we parted company, I found her online and listened to one of her more famous recordings. I smiled when I thought about our earlier conversation, as we walked around a residential unit in Casa Bonita.  I recalled her telling me her husband was going to love the view out of one of the bedroom windows.

Last week, I showed properties to a couple of brothers who were both professional athletes. They wanted to purchase a home for their mother and were incredibly detailed about what would be the best residential option. Money didn’t seem to be a major consideration but having a grocery within walking distance was. “She has a domestic helper,” said the younger brother, “but she wants to be able to purchase her own groceries. I immediately began discussing Costa del Este, where everything is within walking distance.

It’s great watching my favorite NFL players on an easy Sunday afternoon, and while listening to music and being able to put a face to the voice is exciting, for me, those stories are not the most compelling part of my job.

I clearly remember the day I met a researcher who just received a copy of The Bulletin of Marine Science where he had a published article. I know he identified some kind of new species or something, but his intellect was so out of my range, I kept our discussions to square meters and amenities! He was clearly a science rock star so I wasn’t surprised to learn he had two different Ph.Ds. from Harvard University.

It’s not common knowledge, outside the scientific community, that the Smithsonian Tropical Research Institute (STRI), is located in Panama. Annually some 1,400 researchers and students come to Panama to do work and study everything from tiny insects to photosynthetic algae. There are more species of birds and plants in Panama — a country the size of South Carolina — than there are in all of Canada and the United States combined.

The fellowships being offered through STRI range from three years to three months and carry a stipend of $50,400 annually with an additional $16,000 for laboratory expenses. The individuals associated with these programs are incredibly interesting!

Convincing You To Want Turkey

“We just moved $40,000 worth of flavored water in Philadelphia,” I heard the gentleman I was meeting, say into the telephone. “Now, we are looking at the data for low-selling cold cuts.  Too much deli turkey. We can set the marketing by this afternoon,” he continued and then pushed the red button on his phone and looked up with a smile.

“Too much turkey?” I asked.

“Someone bought way too much deli turkey for the Wawa stores in Philadelphia and we are tracking it,” he responded. “It’ll be gone by Sunday! Turkey hoagies will be on sale in about an hour.”

Later, I learned my new client was in charge of data which is driven at convenience stores through both their rewards program, general sales and inventory. When there is too much turkey or water at even an individual store, marketing kicks in and immediate special promotions are launched to increase sales and move inventory.

International business trends will almost always produce a variety of new clients. Panama and China established diplomatic ties in 2017, following Panama breaking their long-standing relationship with Taiwan and both countries have opened embassies in the respective countries. More than 28 new trade agreements have been signed between the two countries covering everything from tourism and agriculture to aviation. There is even a current impact study looking at the feasibility of China building a modern railway from Panama City to Costa Rica!

Naturally, as the projects between the two countries grow, there have been, and will continue to be, a number of high-level executive transfers. These include families who are thrilled at how much living space we have in Panama. In describing the Matisse residential tower in Costa del Este as a possible residential option, the Chinese did not blink at the fact the building had 52 stories, but they were stunned each unit was around 4,000 square feet. They tell me living space in Beijing is tiny and expensive, but of course there are 23 million residents, compared to Panama City’s 1.4 million.

We Have Ovens, Dishwashers And A Clothes Dryer! 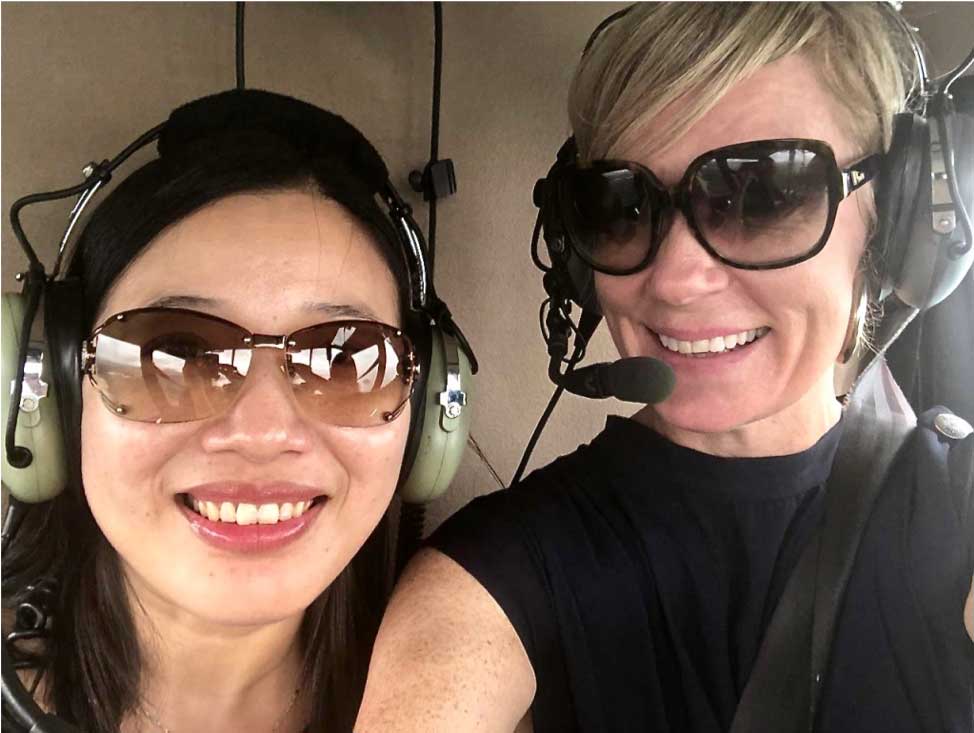 I have found there are a lot of other things about Panama that surprise the Chinese initially. First, a trip to our international airport from Costa del Este is only about 20 minutes compared to well over an hour on a good day to Beijing’s Capital International Airport. Apartments in China generally do not come with an oven, microwave, dishwasher or clothes dryer. If an apartment has a balcony in China, it is rarely used as a balcony, but is almost always enclosed to add space for storage and clothes drying. I love to see clients stand in awe on an open balcony looking out over the Pacific Ocean.

I never know what I will learn in any given day and I consider myself very lucky to have the opportunity to come in contact with incredibly interesting individuals. Panama is rapidly becoming the international hub for business in Central and South America. The Estee Lauder Companies, just signed a 10-year lease for office space to accommodate the 240 employees who will work in Panama. Our strategic location and solid government will continue to allow us to grow and attract all kinds of people and projects. I can’t wait!!