Casa Bonita: The Closest Thing to Paradise in Panama?

The luxury condominiums that are best suited for expats are located in the heart of the Gold Coast (i.e. Coronado and, most recently, Nueva Gorgona.)

While both of these areas are amazing communities to live in, they’re just under an hour’s drive from Panama City.

For jet-setters who travel frequently or those who’re looking for more privacy, Casa Bonita is an extraordinary oasis. 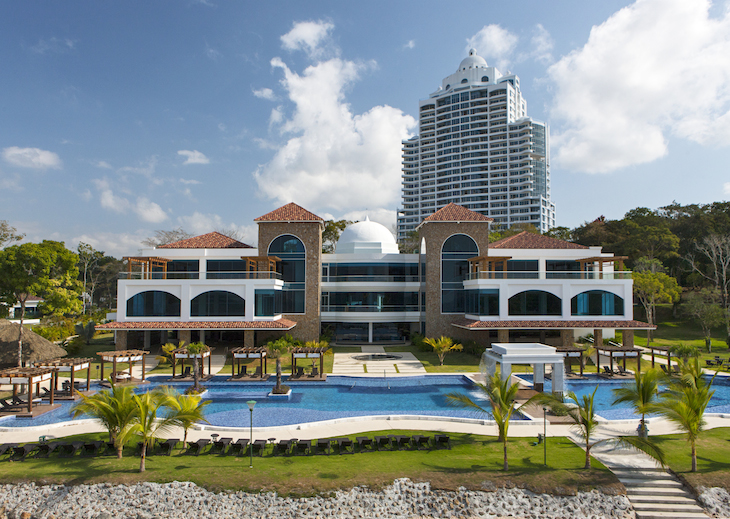 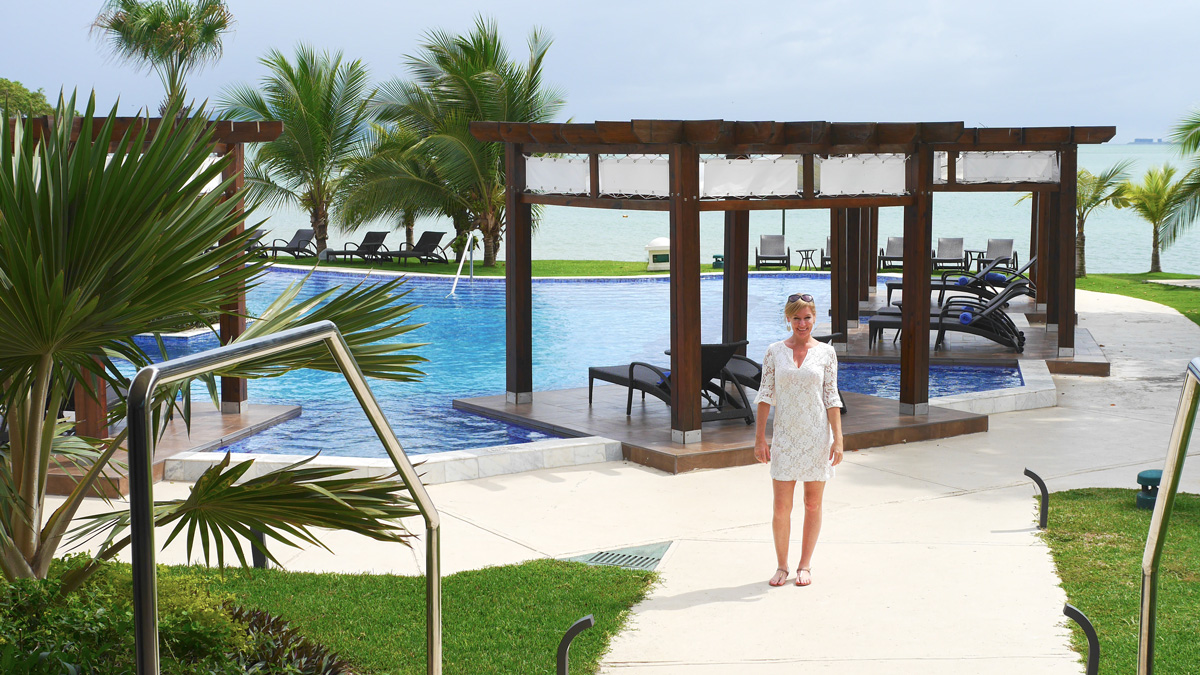 I’m not exaggerating when I say there’s nothing else like Casa Bonita in Panama; its supreme location just fifteen minutes from Panama City, breathtaking ocean and mountain views, and 5-star resort-style amenities make Casa Bonita unique from every angle. 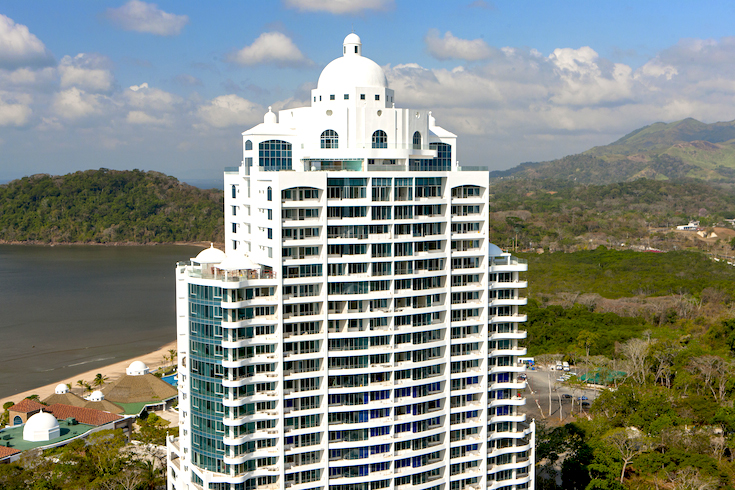 Standing upon the balcony of your Casa Bonita residence, you can hardly believe you’re a short drive from Panama City.

Surrounding ocean, rainforest, and canal views conceal the nearby capital. In fact, the only evidence that Panama City sits so close are the ships you can see in the distance, lining up to enter the Panama Canal.

And at night the ships light up light a daisy chain of Christmas lights running across the Panama Canal. It’s magical to see.

Casa Bonita sits just across The Bridge of the America– the famous bridge leading out of Panama City right over the Panama Canal. It’s one of my favorite scenic lookouts: 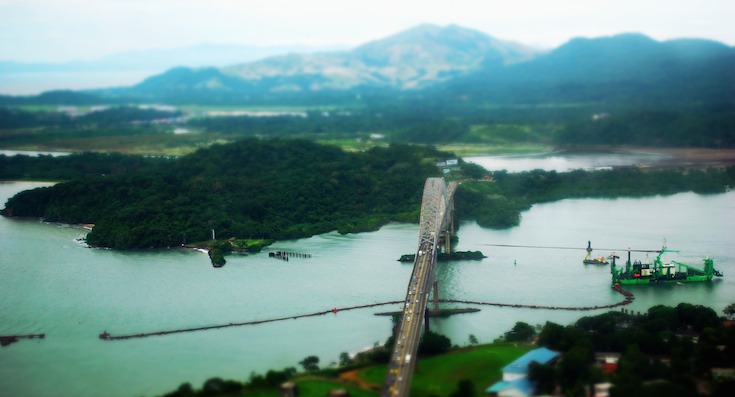 Once over the bridge, a quick veer off to the right and you find yourself on a paved road surrounded by thick, vibrant rainforest leading to Casa Bonita.

Driving to and from Casa Bonita during non-peak hours is a breeze, with only 15 minutes separating the Bridge of the Americas from the front door of Casa Bonita. But get on the road during peak traffic hours, and your drive could take twice as long. Peak hours in Panama City run from Mon-Fri 8 AM-10 AM and 5 PM-7 PM, during which the roads will be congested. The Bridge of the Americas is the main bridge in and out of the city. So this timing applies to traveling to and from the Gold Coast as well. 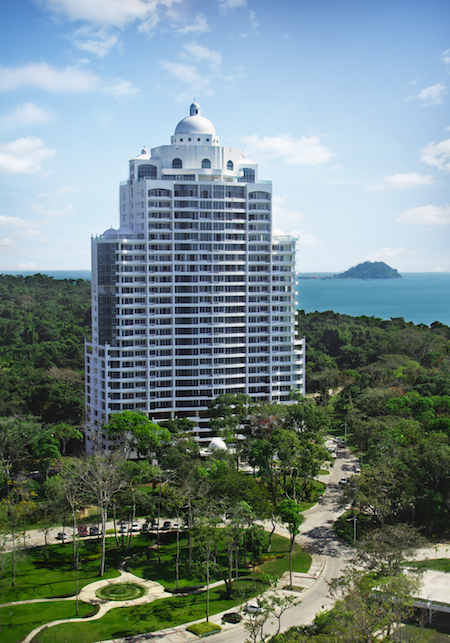 Casa Bonita’s rich and diverse landscape is truly one-of-a-kind. Enveloped by 360-degree ocean, rainforest, and canal views, Casa Bonita is tucked away into a rare blend of natural beauty. No other residential development in Panama offers this combination of views.

Apartments in Casa Bonita range between absolute oceanfront views on one side, and rainforest & canal views on the other. No matter where you’re located in the building, your apartment views are breathtaking and unlike anything else in Panama.

Head up to the rooftop social area, and take in the 360-degree aerial view of all of the above. Rainforest merging into ocean. Ocean merging into beach. And ships lining up in the distance, ready and waiting to cross through the famed Panama Canal. 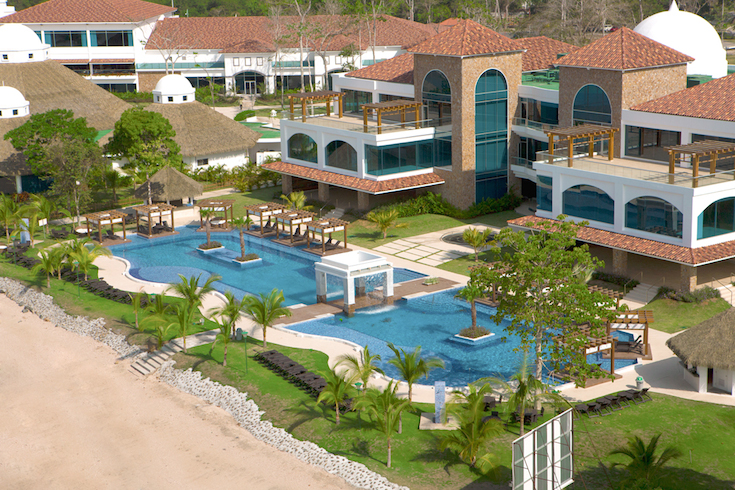 Even the most distinguished world travelers are impressed by Casa Bonita’s world-class amenities:

Take a walk down the street, and your amenities multiply; as a resident of Casa Bonita, you have unlimited lifetime access to the 5-Star Westin Hotel:

When you’re a resident at Casa Bonita, you are literally living the resort lifestyle. 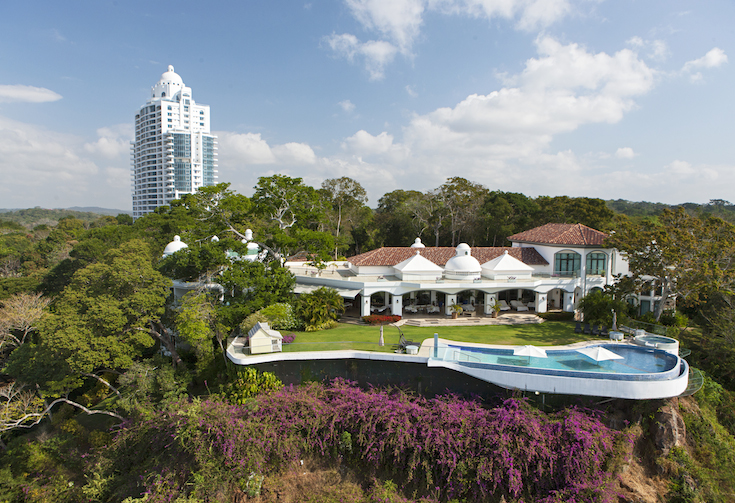 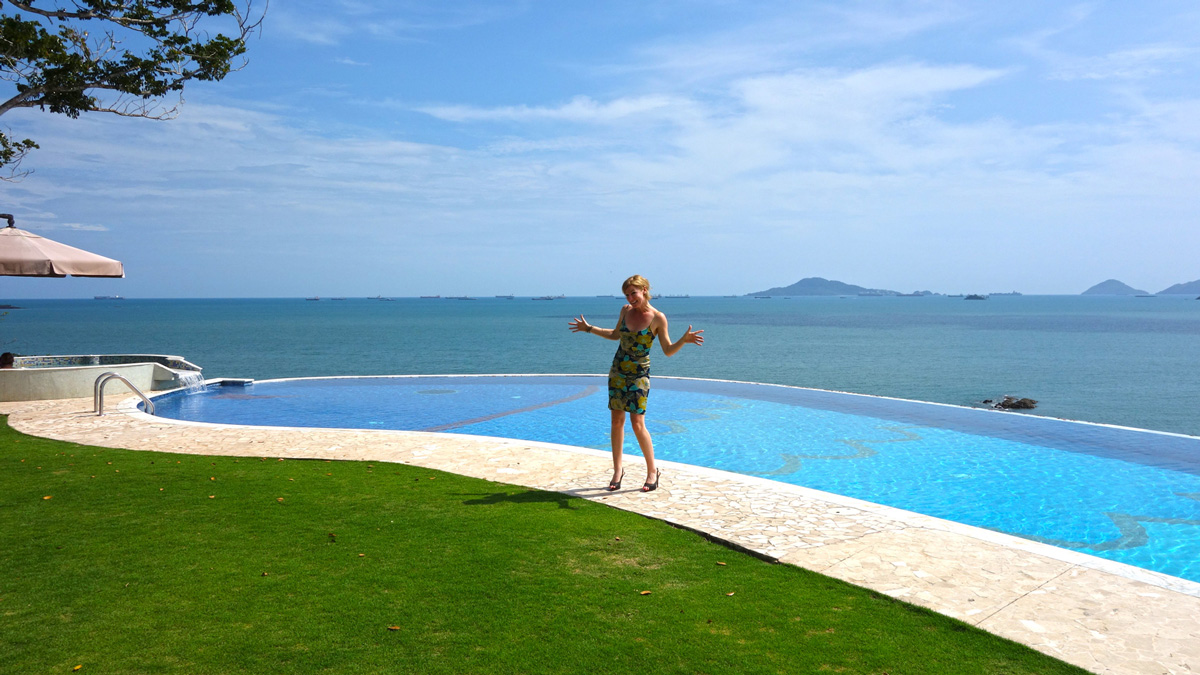 Proximity to Beaches and Airport

Around thirty minutes drive from Panama City’s International Airport, Casa Bonita is an exceptional place to live for frequent travelers. Its close proximity is also a major plus for tourists and seasonal residents. 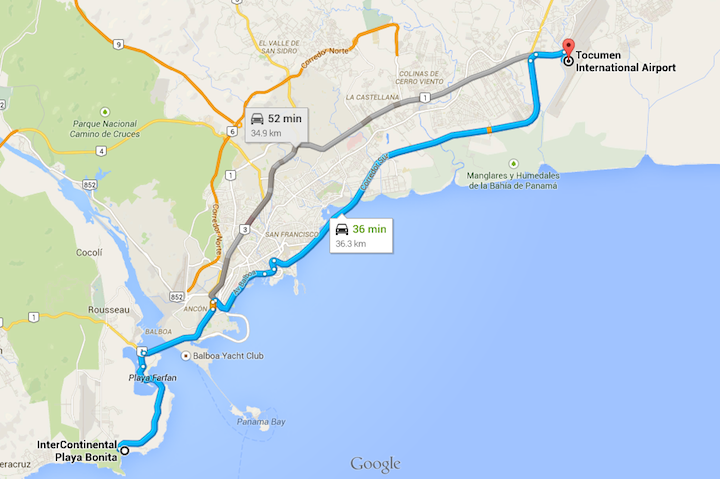 For those who want to visit other expat-friendly beach areas, such as Coronado and the surrounding Gold Coast, they’ll have a short and scenic drive.

Map from Casa Bonita to Coronado & the Surrounding Gold Coast: 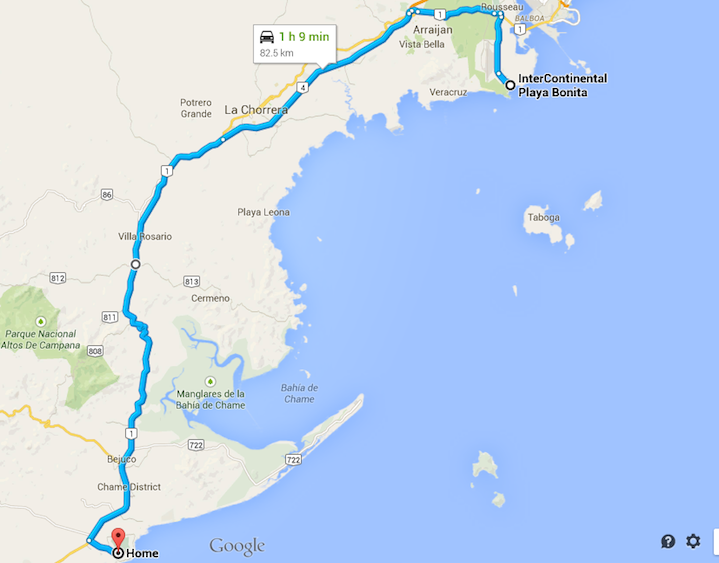 Casa Bonita simply has no comparison when it comes to luxury, location, and amenities:

And that’s without mentioning the luxury, build quality, and finishes of the building itself! 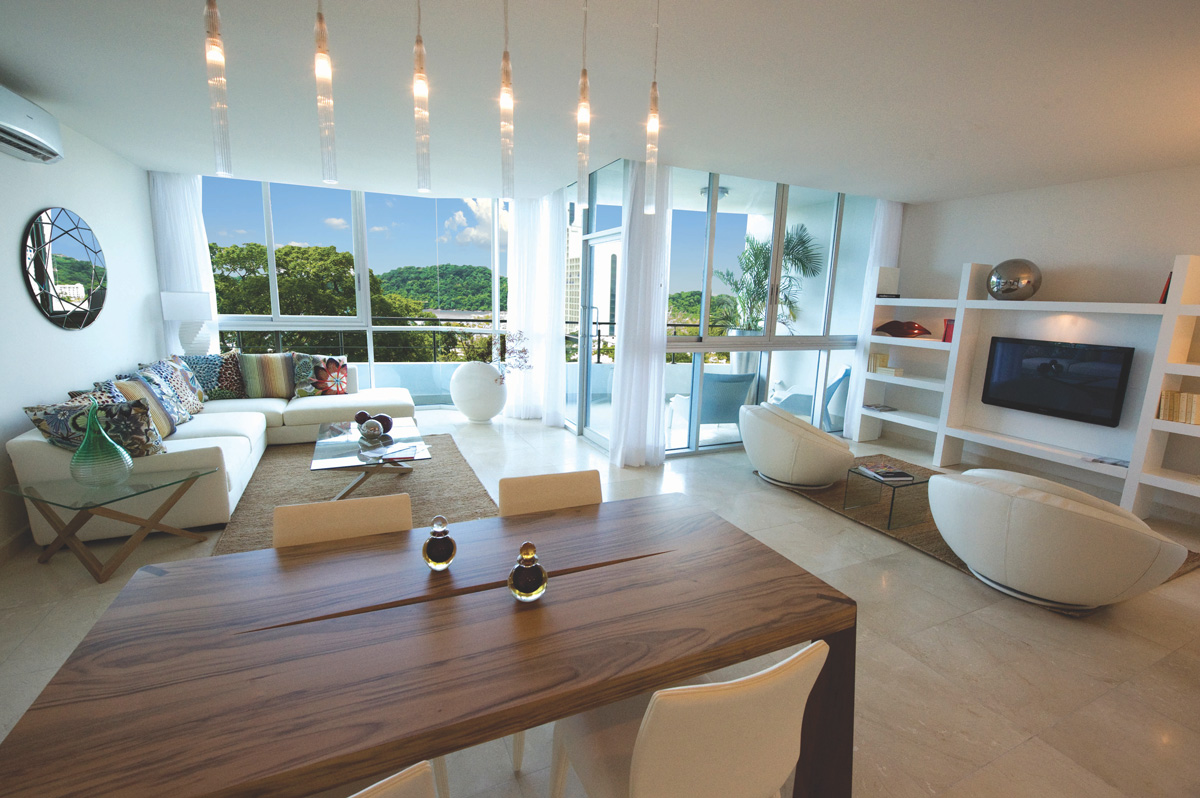 I’ll be talking more about Casa Bonita in future posts.

Until then, learn more about Casa Bonita by watching this video.

8 Replies to “Casa Bonita: The Closest Thing to Paradise in Panama?”

Hello, can you please put me in touch with property managers who have long term rentals at Casa Bonita? I’m moving to Panama next month, thanks:)

Can you email me prices and square footage please.

How much is for an condo there?

Hi there Jay, let me email you some more information about Casa Bonita. It’s a great time to buy in that property! Liz

Do you have any recommendations for long term rental? I’m exploring changing my residency but think I should try to live there this winter before making any commitments.

Hi Ash, I would be happy to put you in touch with someone who can assist you with rental, and trying a place out is a great idea before making the commitment to move there! Did you have a broad idea of the area you wanted to live in? City, beaches or mountains?

do you have anything available for long term rentals at casa bonita? we are moving to panama city and will be working at 3M for 2-5 years.

Hi Catherine, There are a number of property managers who have a portfolio of apartments for rent in the building, or Empresas Bern also offers developer financing without needing to get a mortgage, I’ll send you across some information! Liz.